Under a new partnership called MCPP One Planet, Germany-based insurer Allianz Group and International Finance Corporation (IFC), a member of the World Bank Group, have joined up to create a new global platform for climate smart-investment that will provide up to $3 billion to private enterprises in developing economies.

The two organisations signed a partnership under the Managed Co-Lending Portfolio Program (MCPP) on November 3.

The Development Finance team of Allianz Global Investors (Allianz GI), Allianz’s asset management arm of the insurer, will manage the vehicle on behalf of investors.

Nikolova noted that ESG has only become a major topic in recent years and investors are expecting more in both public and private market.

“A few years ago, ESG was not a topic. Today, investors expect ESG assessment for private markets transactions. Climate has become a significant topic – for many asset managers, renewable debt was part of the infrastructure portfolio, nowadays we see dedicated renewable energy debt funds – this is driven by investor demand,” she added. 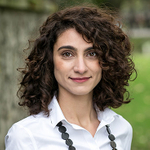 In terms of favoured markets, she believes markets which have an established pipeline of bankable and scalable renewable energy projects will likely see the first wave.

“Certain countries in Latin America for instance have had a consistent investment flow. There is a significant effort by the development banks on upstream work in Africa and South Asia – my hope is that new bankable and scalable projects become more readily accessible in the near future,” she said.

As one of the fastest-growing green financing centres in the world, China also has been striving to secure investors and funds.

“China is of course key for the global energy transition: in 2019 China emitted 27% of the world’s greenhouse gases and has ever rising energy demands. Having said that, China’s rate of uptick in renewable energy has been significant (partly driven by the announcement for end of onshore wind subsidies starting 2021),” Nikolava added.

But she is sceptical about where the extra money in China will come from. “I expect the portion of green finance in China to increase over the coming years, but I don’t expect significant portion of that to be financed by offshore capital.”

The Hong Kong Monetary Authority (HKMA) is also playing a part in the new investment platform.

The territory’s central bank will support responsible investment and adopt a guiding principle that priority will generally be given to ESG investments if the long-term risk-adjusted return is comparable to other investments.

“Underpinned by the guiding principle, the HKMA has incorporated ESG factors into the investment process for both public and private market investments of the Exchange Fund, and has been expanding its ESG investments,” a spokesperson from HKMA told AsianInvestor in an email reply.

At the end of September, Allianz GI had a total of €647 billion assets under management, of which 21% was under sustainable product categories and 20% was ESG risk-focused, she shared.

While it did not respond to emailed questions about the partnership’s future investment focus, in the 2021 financial year, IFC invested $31.5 billion in long-term and short-term finance, including $10.8 billion mobilised from other investors.